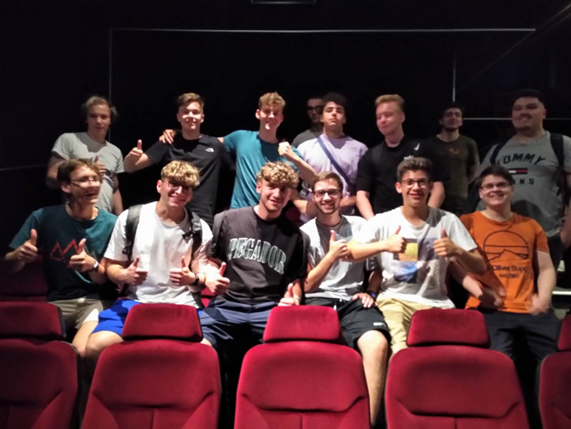 After school we met at the Haydn English Cinema in Mariahilferstraße to see the sequel of the 80ies movie Top Gun in its original English version.  Despite the late hour, nearly all of the class made it and shortly before the film even the last ones found their way into the cinema.

After everyone had his popcorn and found their right seat, which was obviously not so clear to everyone, the movie could start. Besides developing our English listening skills, the film kept us well entertained. It was an action-loaded masterpiece that made most of us holding our breath more than one time. While some heads were still spinning around after the movie already finished from all the jet-plane acrobatics, others left the movie theater really delighted, because the film exceeded their expectations.

Overall it was a great night out at the movies for everyone and the class seemingly enjoyed this different way of getting in touch with the English language. 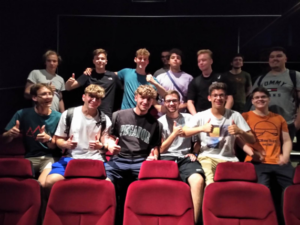